Twice-a-day milking is a no-brainer 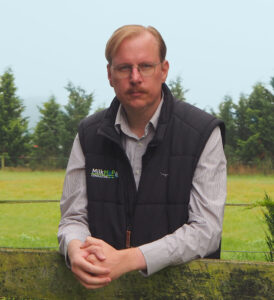 Twice-a-day milking is a no-brainer

The only time switching to once-a-day (OAD) milking is appropriate, wise, or fiscally responsible is when there is an environmental challenge outside a farmer’s control, according to a leading farm consultant.

Rensinus Schipper, of MilkMaP Consulting*, has been consulting throughout New Zealand since 2007. Born and raised on a dairy farm in the Netherlands, the senior MilkMaP consultant moved from Mid-Canterbury to Cambridge last year to better serve his North Island clients.

After a OAD farm discussion group recently, he said he continues to be shocked by what he believes are misconceptions being used to justify OAD milking. Rensinus has crunched the numbers, and believes the OAD farmers who want to look after their cows and improve their profitability have only one way to go – twice-a-day (TAD) milking.

“The problem with OAD milking is that it’s been getting more popular because the farmers that make the decision to go to OAD aren’t doing a lot of milk,” Rensinus said.

“When they switch to either milking three times in two days – or twice in two days – they don’t see a drop in annual milk production. So, then they ask themselves, ‘Why are we milking TAD when we can do the same milk for less work?’”

“But let me be clear, if you’re not dropping in milk when you’re switching from TAD to OAD milking, then you’ve were doing something horribly wrong before that.

“New Zealand’s national average milk production on a per-cow basis at the moment is disturbingly low for me. That is why MilkMaP has set achievable production targets a cow can reach – which is well above those national milk production averages – when she is well-fed.”

He said a dairy cow that is grown to her genetic potential, with an average body condition score (BCS) of 4.25 during lactation (at mating time), should be producing at least her bodyweight in kilograms of milk solids (MS) in a 300-day lactation.

He described three scenarios around what happens on different farms for a 500kg crossbred cow under different management systems:

1. Milking TAD with zero to low concentrates (less than ½ tonne per cow per lactation) will produce up to 90% of a cow’s liveweight in MS over a 300-day lactation – 450kg MS.

2. Milking TAD with more concentrates (at least ¾ tonne per cow per lactation) will produce up to 120% of a cow’s liveweight in MS over a 300-day lactation – 600kg MS.

3. Milking OAD (whether concentrates are fed or not) farmers can expect to do 80% of the cow’s liveweight – 400kg MS.

He said employing an afternoon relief milker makes much more sense to him than dropping a milking, because the financial benefit after paying their wages would still be five times more than milking OAD.

“It seems crazy to me that people would switch to OAD either mid-season or for the entire lactation and be satisfied producing potentially less than 80% of their cows’ liveweight.” 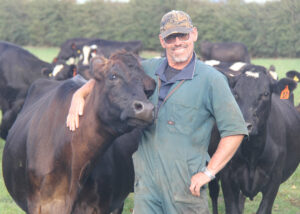 Farmer David Loomans and his cows couldn’t be happier with the increased focus on fully feeding. The Matamata herd is producing 110% efficiency per kilogram of body weight in milk solids in less than a 300-day lactation – which [on a $8/kg MS payout] adds $280,000 to his bottom line.

“Farmers who decide to switch from TAD to OAD often had issues before because their cows were too thin from being underfed. That stress means poor reproduction generally follows.

“Switching to OAD milking does tend to improve reproduction in that scenario. So, when they say ‘health costs improve on OAD’, what is actually most likely happening is that they had high health costs to begin with, and now they go back to average health costs.

“Herd health often suffers if you are not milking the cows to their potential because poor production leads to poor cashflow, and subsequently there’s not a lot of money to run the business.”

With the core costs (working expenses excluding feed costs) taken into account, Rensinus said putting the work in on TAD stacks up.

“All these benefits that people are talking about on OAD is what our clients are getting on TAD – with the benefits of additional production, which dilutes fixed costs.

“The core cost per cow in the North Island is around $1400. If you have the financial costs on top of that, and you can’t dilute that by doing more milk, then your expenses per unit of milk production is still so high you can’t survive for very long.

“These core costs go up by consistent percentages every year. The scary thing is that it’s been well documented that this year’s increase could be as much as 20%. If that happens, it will put even more pressure on margins, and it will be the OAD farmers who will suffer the most in this scenario.

“To me, people are often doing OAD because they either haven’t been exposed to – or educated about – the more sustainable solutions available within the TAD regime.

“Look at your production performance per kilogram of bodyweight, and if it’s not one-to-one, look for advice about why it’s happening – because milking OAD isn’t going to save you long-term.”

Proof is joy in farming again

One of Rensinus’s clients, David Loomans, said he embraced feeding his cows better because he said he was tired of seeing only his cows’ bones in the headlights of his motorbike.

The decision put him on a journey that has added 180kg of MS per cow to the production in his herd of 205-210 cows. It has also improved his herd health – and allowed him to rest easy at night knowing his herd is fully fed and profitable.

It brings the cows in at 110% efficiency per kilogram body weight in milk solids in less than 300-days lactation, and (on an $8 payout on the numbers listed) it has added $280,000 to his income.

Rensinus said, “What David has seen is the reward for having a balanced ration for physical fill, energy, protein and minerals. They are four key cornerstones, and physical fill is number one. He is also enjoying farming again, and is justifiably proud of his herd.

“Our clients find it a joy to farm and it’s profitable for them. The cows also aren’t rushing out of the dairy every day to fight for limited feed.

“Those cows know they will be well fed, so they don’t need to panic. It changes absolutely everything on the farm.”

Rensinus said that New Zealand farmers often focus on “utilisation” of feed and not “conversion”. This impacts on how cows convert what they’ve eaten into milk, and is where farmers’ knowledge comes into play on-farm.

“Feeding grain isn’t going to solve your problems if you are not turning that into money. If you’re not getting enough milk out of your grass without inputs, putting in more concentrates isn’t going to save you without that ‘conversion’.

“In New Zealand they focus more on ‘utilisation’ and not on ‘conversion’, and that is holding our farmers back a lot.”

Rensinus said he understands OAD is necessary when things are outside a farmer’s control. Dairy NZ lists drought-prone Northland as having more than 30% of its farmers on OAD.

“If there has been an environmental factor – like a drought or extreme walking distances to and from the dairy – and you don’t have the supplements to support your cows – you might have to finish the season on OAD.

“But outside of that, I feel people choose to do it for the wrong reasons.”

He also said some OAD farmers get another job off-farm, to supplement their income.

“To me, that’s counterproductive. They are farming below their herd’s potential, and now they are working off-farm and rushing from one job to another. So, they are half-doing two jobs.”

Rensinus said there is, however, another way.

“Everyone’s situation is different, and there are different solutions out there which many people may not be aware of.

“They are based around cow care and farming profitability – the things that make farming fun – and put you in the driver’s seat. I’d urge anyone with questions to contact us.”

* MilkMaP focusses on “Milk”, “Management”, and “Profitability”, by analysing key performance indicators, the cost structure of the business and the impact of any proposed feeding/stocking rate changes.