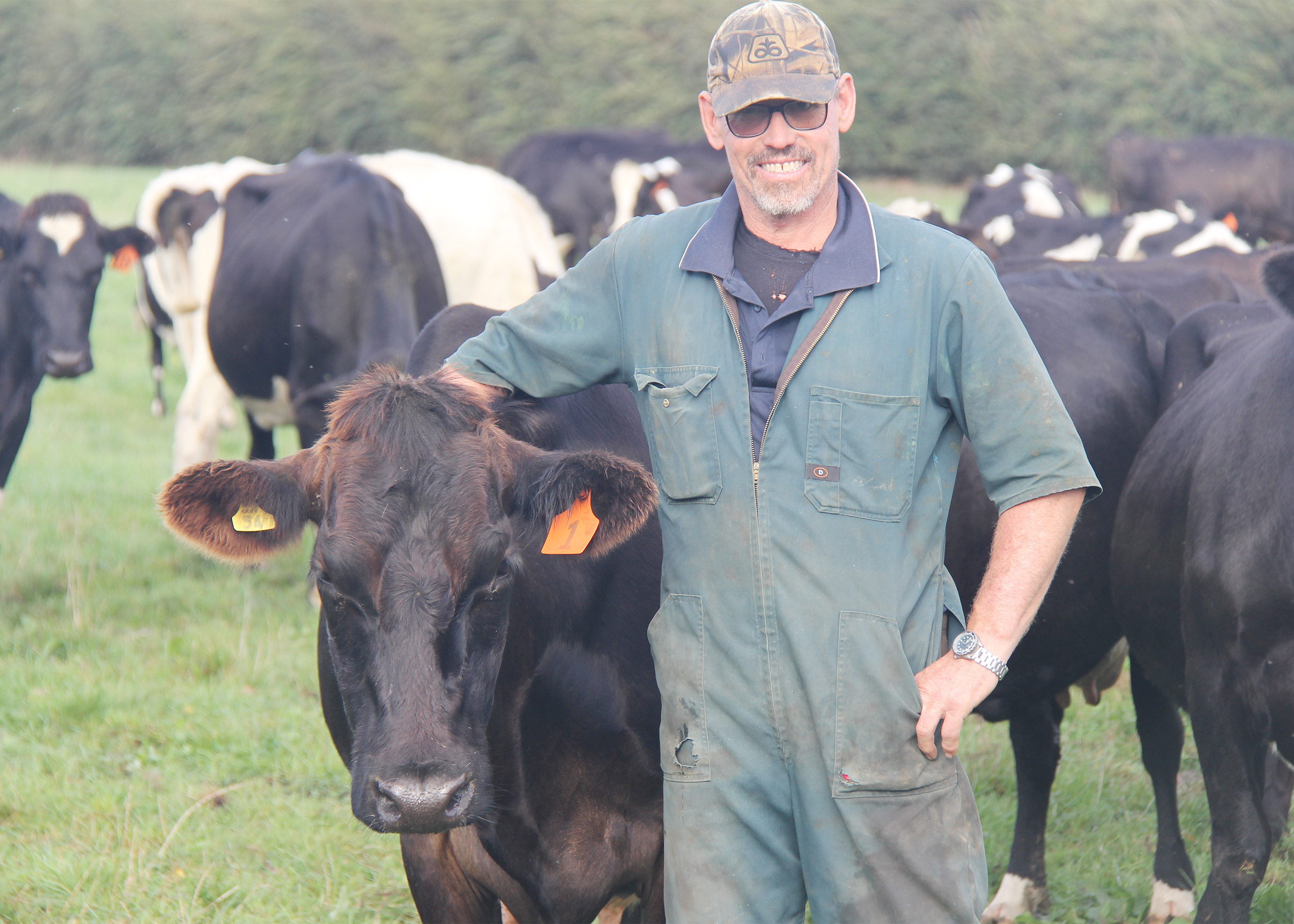 David Loomans remembers almost having a panic attack early one spring morning nine years ago as he followed his milking herd to the shed.

The Matamata dairyman could only see one thing in the headlights: the bones holding his cows up. That would be the watershed moment he decided it was time for change.

“I’d spent years seeing thin cows in New Zealand farming – this controlled starvation,” David says. “And, I just thought: ‘No. I don’t want to carry on like this. This is no fun.’ I literally almost had a full-blown panic attack. I remember it like it was yesterday.”

The decision put him on a journey that has seen him not only add 180kg of milk solids (MS) per cow to the production in his 205 to 210-cow herd. It has also improved his herd health – and allowed him to rest easy at night knowing his herd is fully fed and profitable.

David farms 69ha (18ha run-off) 12km from Matamata with the support of his wife, Michelle. He has shifted his former 78,000kg MS herd (with an individual per-cow average production of 371kg MS) to today’s total of 113,000kg MS (with a 551kg MS average). It brings the cows in at 110% efficiency per kilogram body weight in milk solids.

His 20-a-side herringbone dairy can now only fit 17 cows because of the additional body condition and capacity, and he has plans to extend the dairy this season. 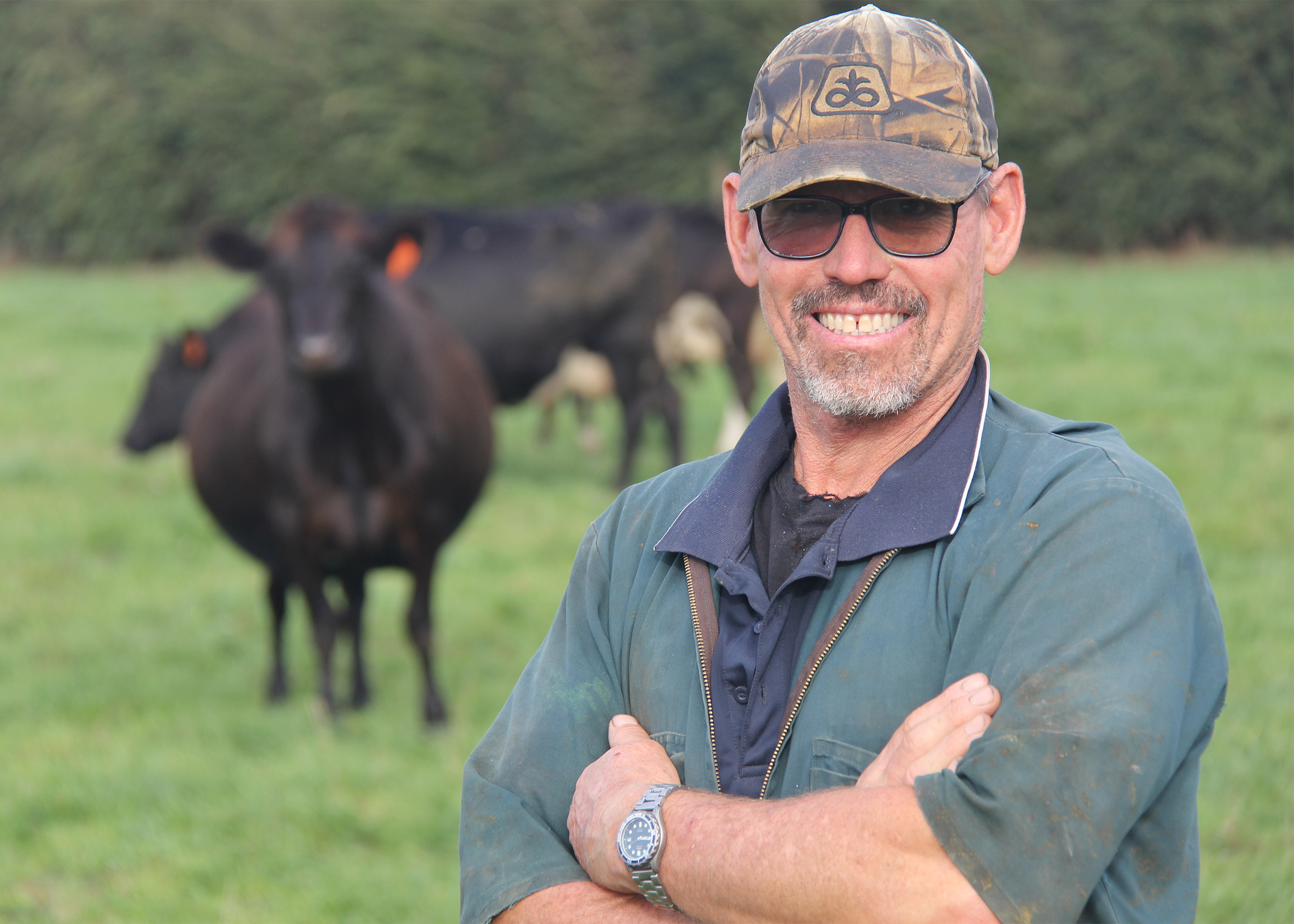 David Loomans acknowledges that it’s been a process to get to where he is now in his farming career.

One step at a time

How did the Open Country supplier get here?

“It was a process,” David says. “I put a meal feeder in first. I was using Abron for my soil health, and they had a consultant nutritionist visiting from Australia, Andrew Angelino. He came into my cowshed, picked up my feed and I swear he got so close to it he must have been almost eating it, and then he rattled off what was in it … and then he told me it was a waste of money.

“I knew of his work in Australia and he said I should be using grain-based maize products, rather than by-products. At the time I was getting better production results than before I put the meal feeder in, but I would end up getting way better results when I took the next step.”

The visit left David so hungry for answers he subsequently enrolled in one of MilkMaP’s Dairymaster training courses. MilkMaP focuses on “milk, management and profitability” by analysing the business’s cost structure, and then the impact of any proposed rate changes to feeding or stocking.

“If I was spending money on feed, I wanted to know the process,” David says.

David then took it a step further and engaged MilkMaP’s senior consultant, Rensinus Schipper. From there, things would change significantly. Rensinus visits every two months, but is always on call to address any challenges or changes within the season.

David uses a Redpath composting barn for cover during both winter conditions and summer heat, feeds 3-3.5kg of meal in the bale per cow per day to make the cows more efficient so they use the grass better (and thus produce less methane) and also feeds silage to balance out the herd’s diet (while also protecting pasture residuals at around 1600kg of dry matter per hectare). It means herd health and his bank balance are in good shape.

“The herd peaks at an average of 2.42kg MS a day, but where it gets interesting is how you maintain that peak throughout the season,” David says. “My production curve is beautiful now, and in the past we were typically high [in spring] and low [in late summer].

“We used to be only averaging 1kg MS by January. Now, my target is to still be doing 2kg MS at Christmas, and to dry off averaging 1.5kg MS. On our best year, we were still doing 1.8kg MS at dry off.”

Cow condition is a welcome bonus within the new regime on a farm which today has a stocking rate of three cows per hectare. David buys in 154 tonnes of maize silage, and has embraced biological soil health using the eight or nine plant species he favours to simultaneously promote a diverse diet and look after the soil.

Living next to a chicken farm comes with some natural advantages. His farm has been fertilised with 400 tonnes of chicken manure a year for 34 years, contributing nicely to pasture yields of 15 tonnes/ha. 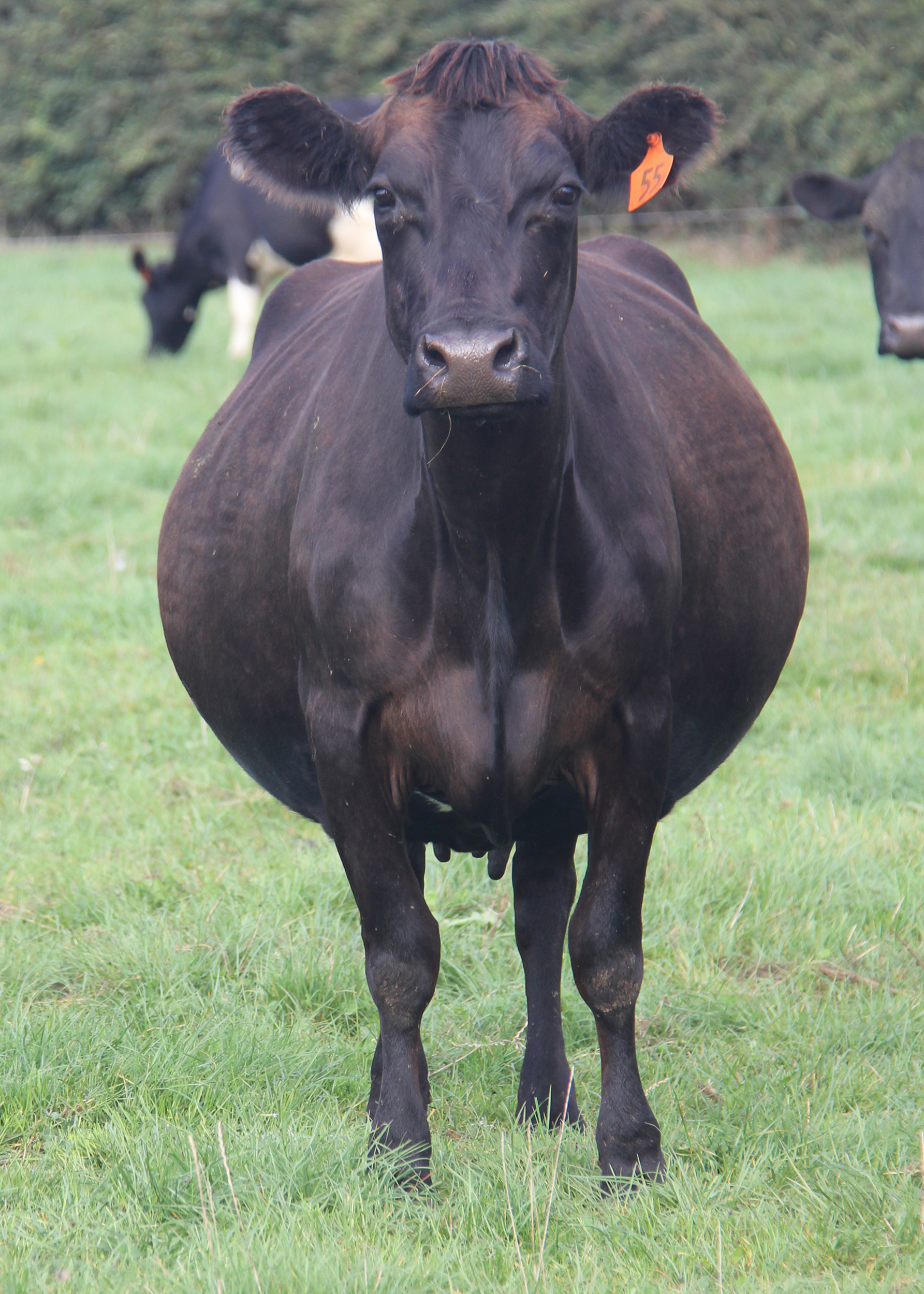 The improved capacity, condition and form of the cows in David and Michelle Looman’s herd has taken its average production from 371kg of milk solids (MS) to 551kg MS.

In short, David’s herd has thrived on the combined changes.

“I didn’t get hung up on having fat cows. I just didn’t want to have skinny cows,” he says.

“I think DairyNZ recommend we all aim for a condition score of 5 at calving, because they presume cows will lose a condition score then, and they don’t want them below 4. We can start at 4.8 and still only go down to 4.2, and they’re in working condition at that. Dramatic rises and falls in weight are unhealthy.”

David says lead feed before calving has helped with the herd’s transition, negating ketosis while supporting and sustaining production peaks.

“Ketosis used to be an issue, but we don’t have any now because they have the energy from getting lead feed and enough high quality feed,” David says.

“Ketosis worries me because I think for every clinical case you see, there is generally a whole lot of cows that are subclinical. So, I’m glad we’ve been able to address that.”

Lead feed for the springers has also had the added impact of training rising two-year-olds to come through the dairy.

“Because the heifers are in the group too, they are coming to the dairy and they get used to it so it’s easier to break them in,” David says. “Biologically, their rumen is also adjusting, and when they calve, they hit the ground running. They tend to start on 2kg MS from day one, and build from there.

“In their first lactation, I’m trying to get those heifers to produce between 80% and 90% of the mature herd’s production average. Remembering, that they are also still growing.”

Feeding lead feed also makes it easier for David to draft off freshly calved cows on his own.

“That can sometimes be a drama, but with the springer mob coming into the dairy every day, the cows that have calved tend to stay back in the paddock with their calves.

“It means I can go and get them out later without causing a scene. I might have created another job lead feeding, but it saves me time trying to split off cows that have calved.”

David says Rensinus gives him the support he needs to keep developing his knowledge.

“Rensinus is up to date with everything that’s going on, and the new ideas coming through. Every time he drives in he comes up with something new, and I’m not going to be doing that kind of homework myself here on-farm,” David said.

“I can ring him anytime too. This is his thing, and he’s bloody good at it.”

He says it’s also nice to have the sounding board.

“It’s always good to talk to someone else, even if it is only to confirm what you’re thinking in your own mind. Rensinus gives us a breakdown of what we’re feeding, and how efficiently it’s working.

“I’m way happier, I know that for sure. People say having a consultant is another cost, but in my view a good consultant/nutritionist is an investment because you should see good returns for it.”

Proud to be a dairy farmer

Today David can take a lot of pride in his herd.

“It’s so nice to have shiny-coated cows, because that is a real indicator of health. And, when I go to get them for milking, it’s nice they’re not bellowing at me.

“It’s just more enjoyable farming. I know that it’s all well and good to pump a lot of feed into your cows, it’s also got to work financially.

“To achieve both of those goals has been the absolute sweet spot for me.”